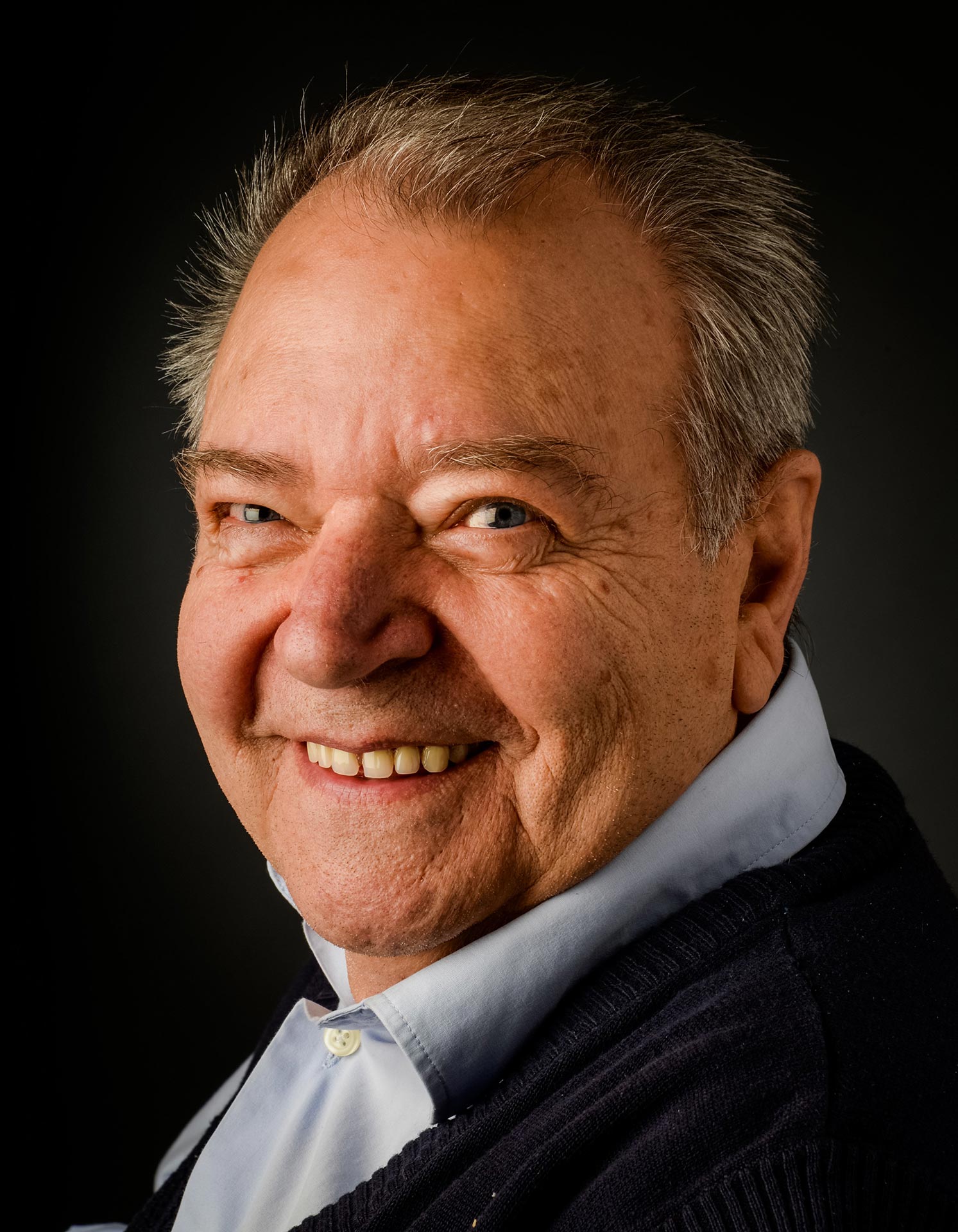 As early as 1981, Peter Lanzinger founded the company “Musical Instruments Lanzinger”, which initially was the general distributor of well-known harmonica manufacturers. In 2000 Peter decided to produce and sell his own harmonica: the first original Lanzinger harmonica left the factory in Sesto!

From 2009, son Manuel Lanzinger followed in his father’s footsteps and has been running the business since 2020, together with his sister Silvia, in the spirit of his father, who died in 2019. Manuel completed his master’s degree at the “Monteverdi” Conservatory in Bolzano in 2017 on the Styrian harmonica. The knowledge he has acquired in this way, as well as his understanding of the most varied types of playing, flows 100% into the development and production of these distinctive instruments “Made in South Tyrol”.

Insight into the production and our Lanzinger-Shop 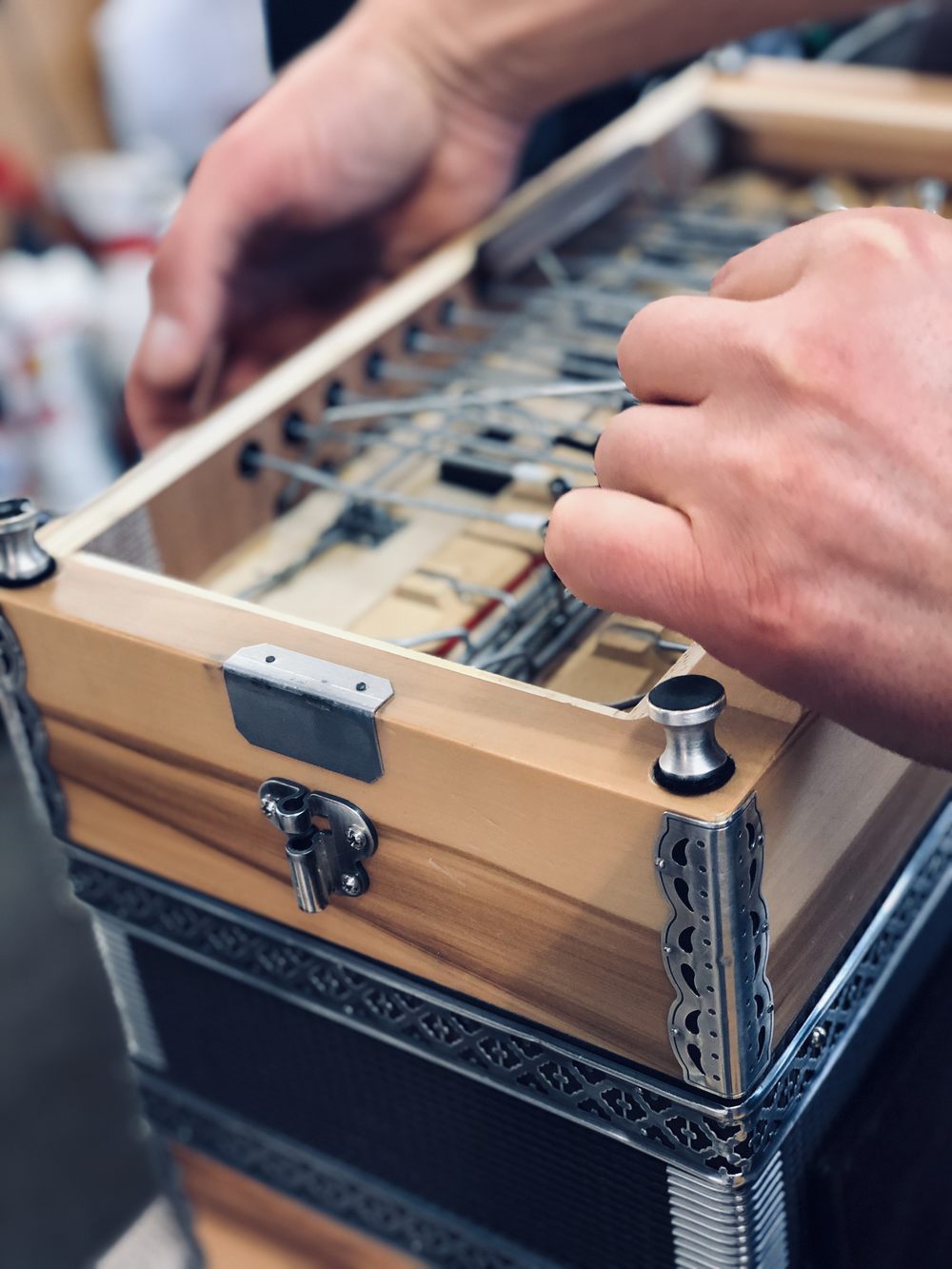 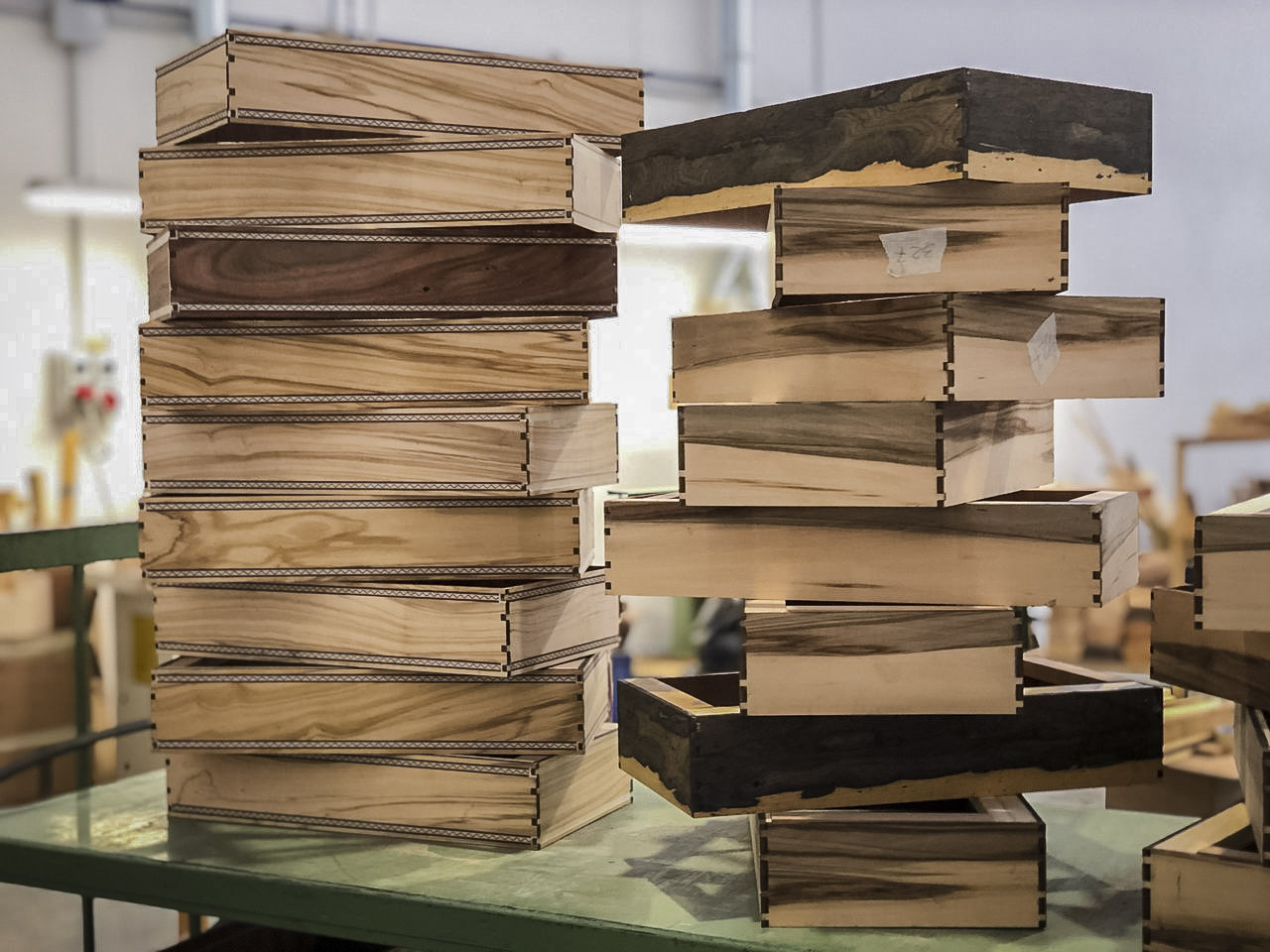 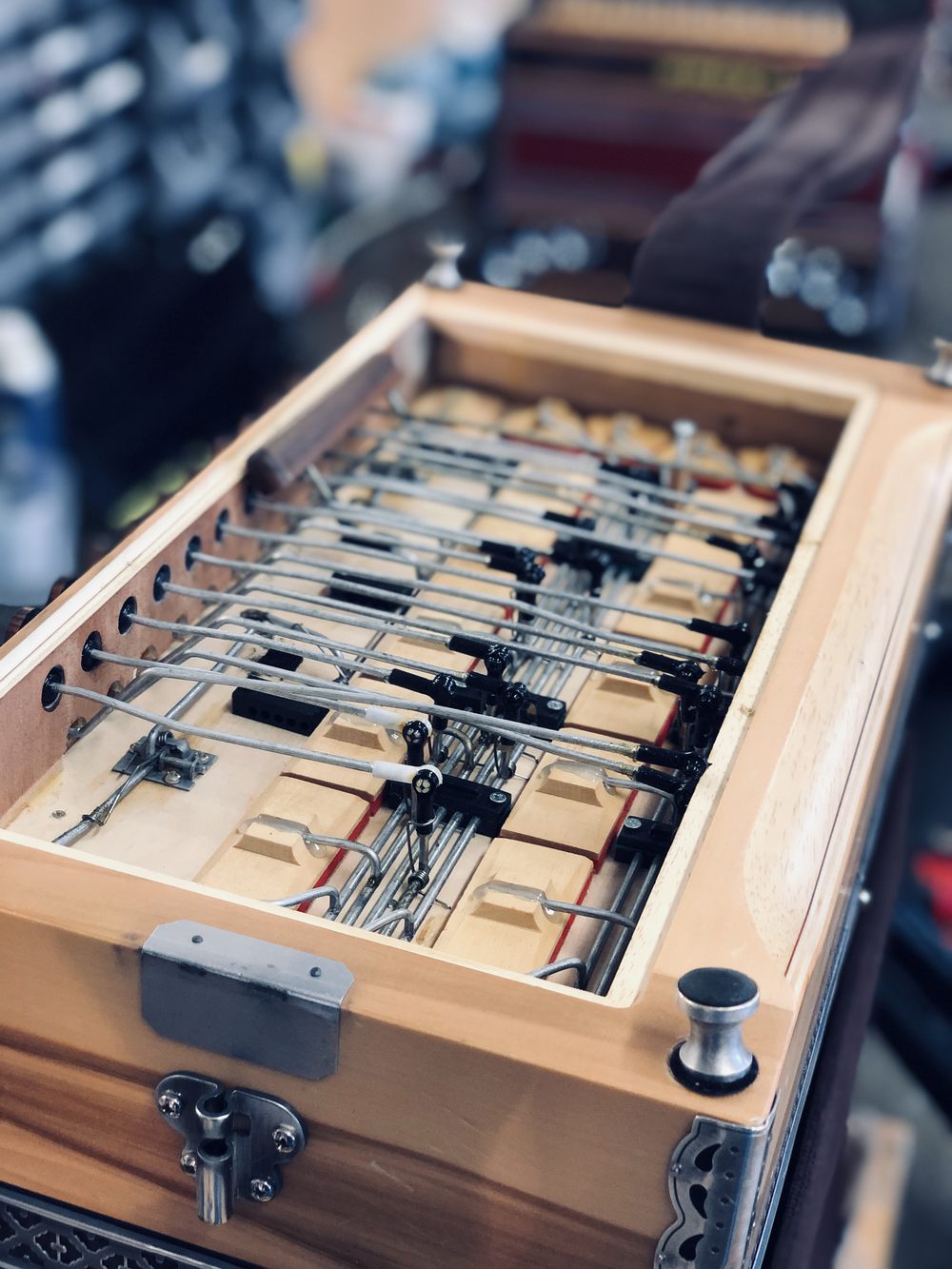 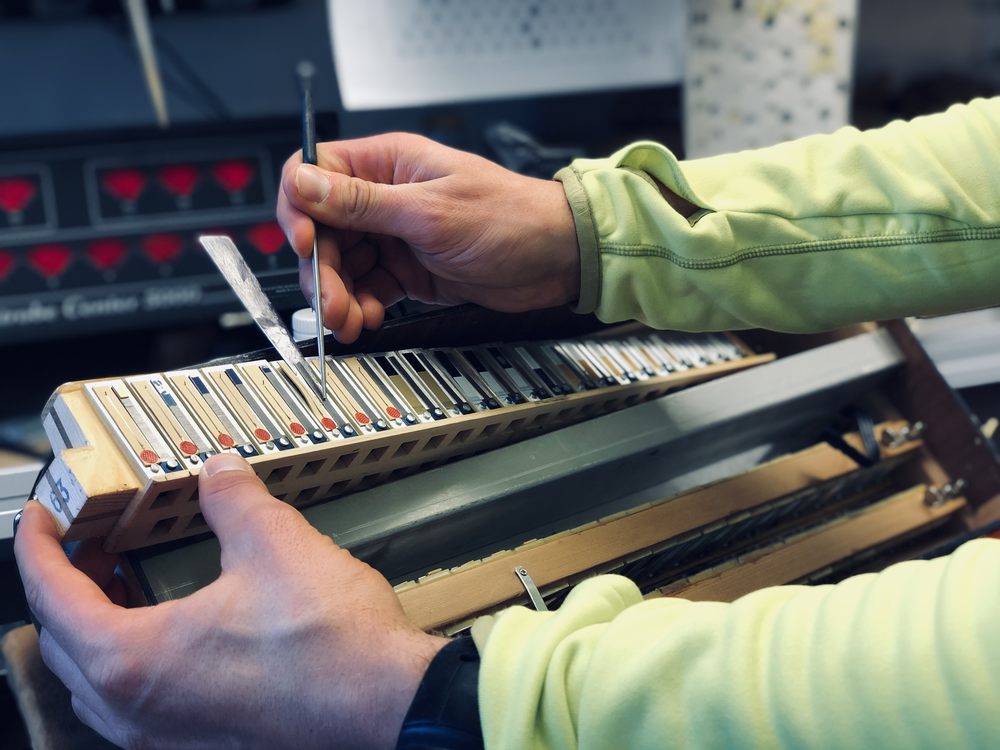 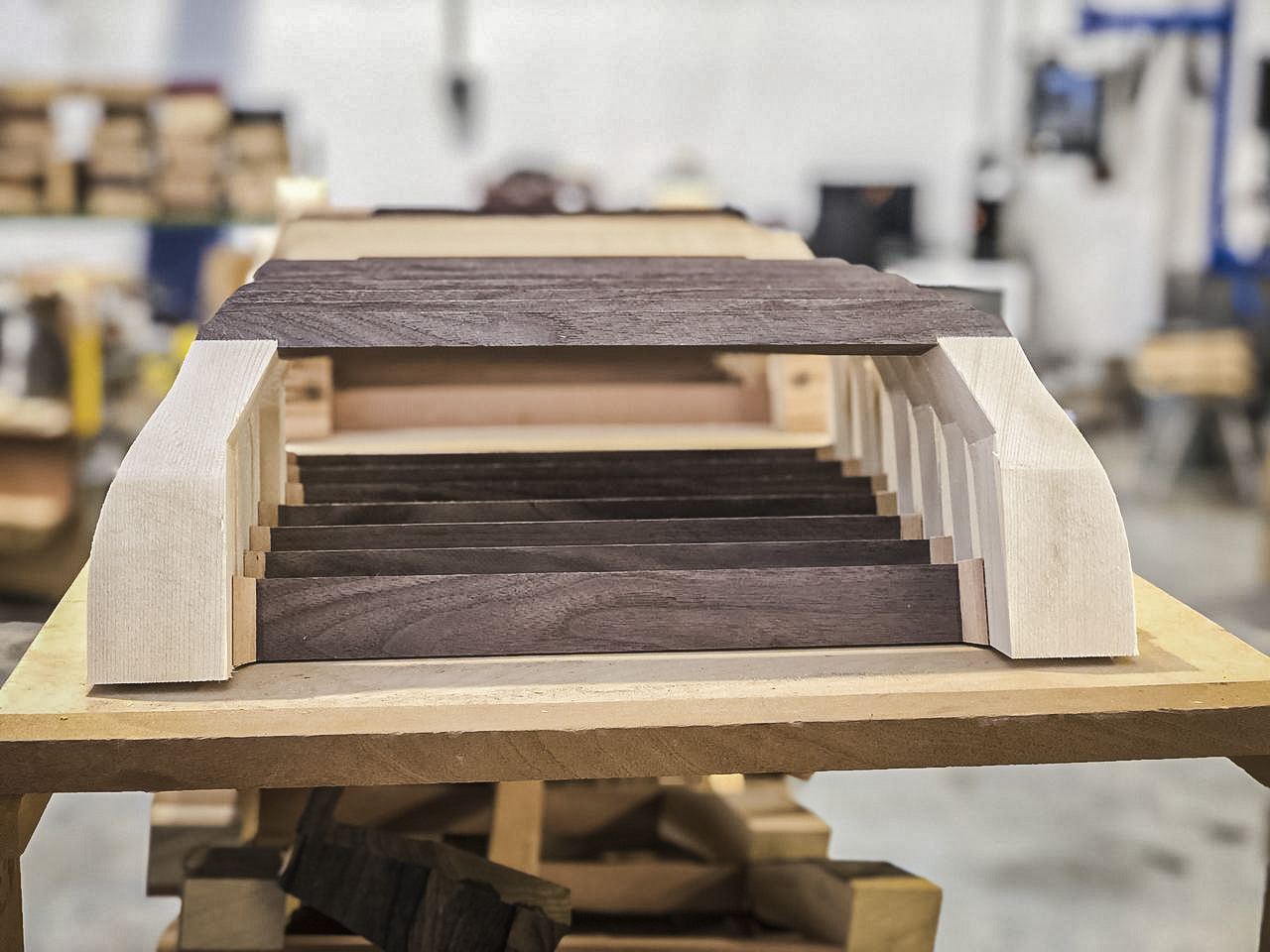 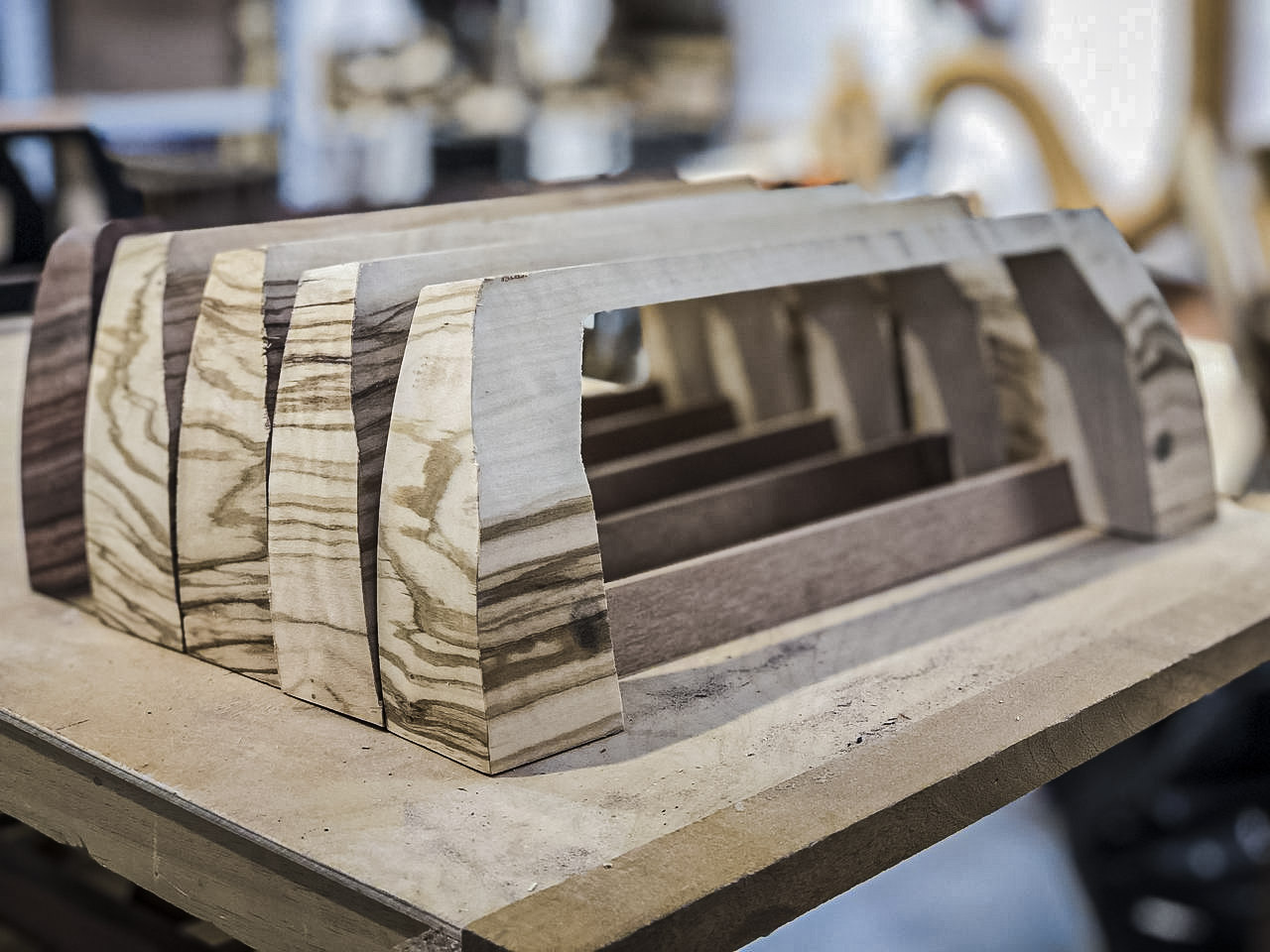 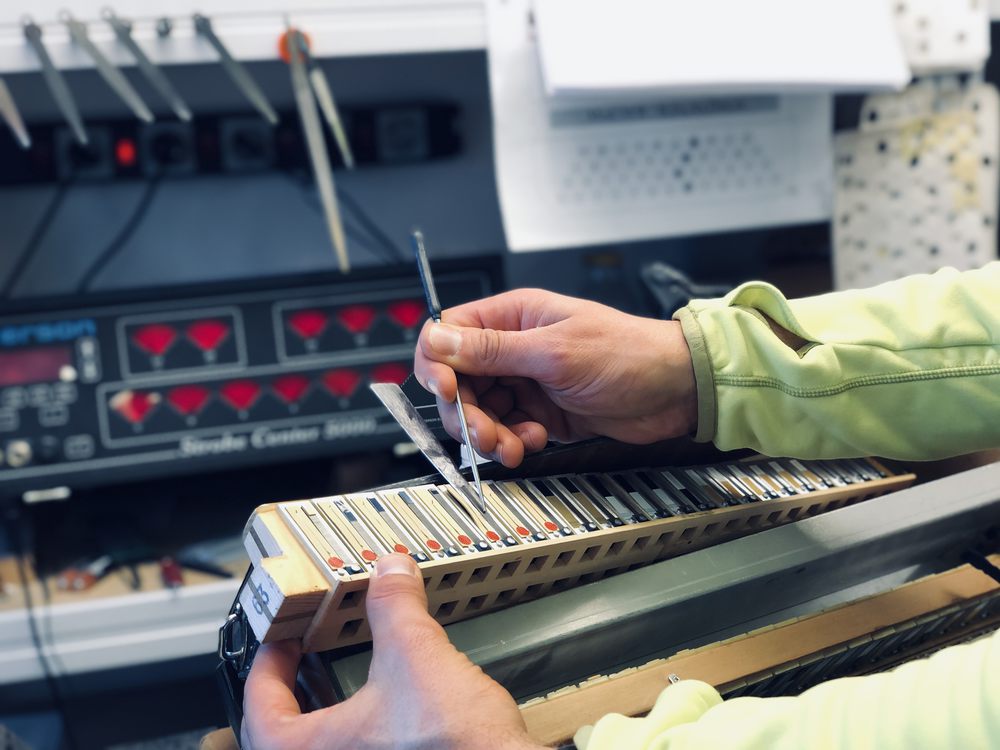 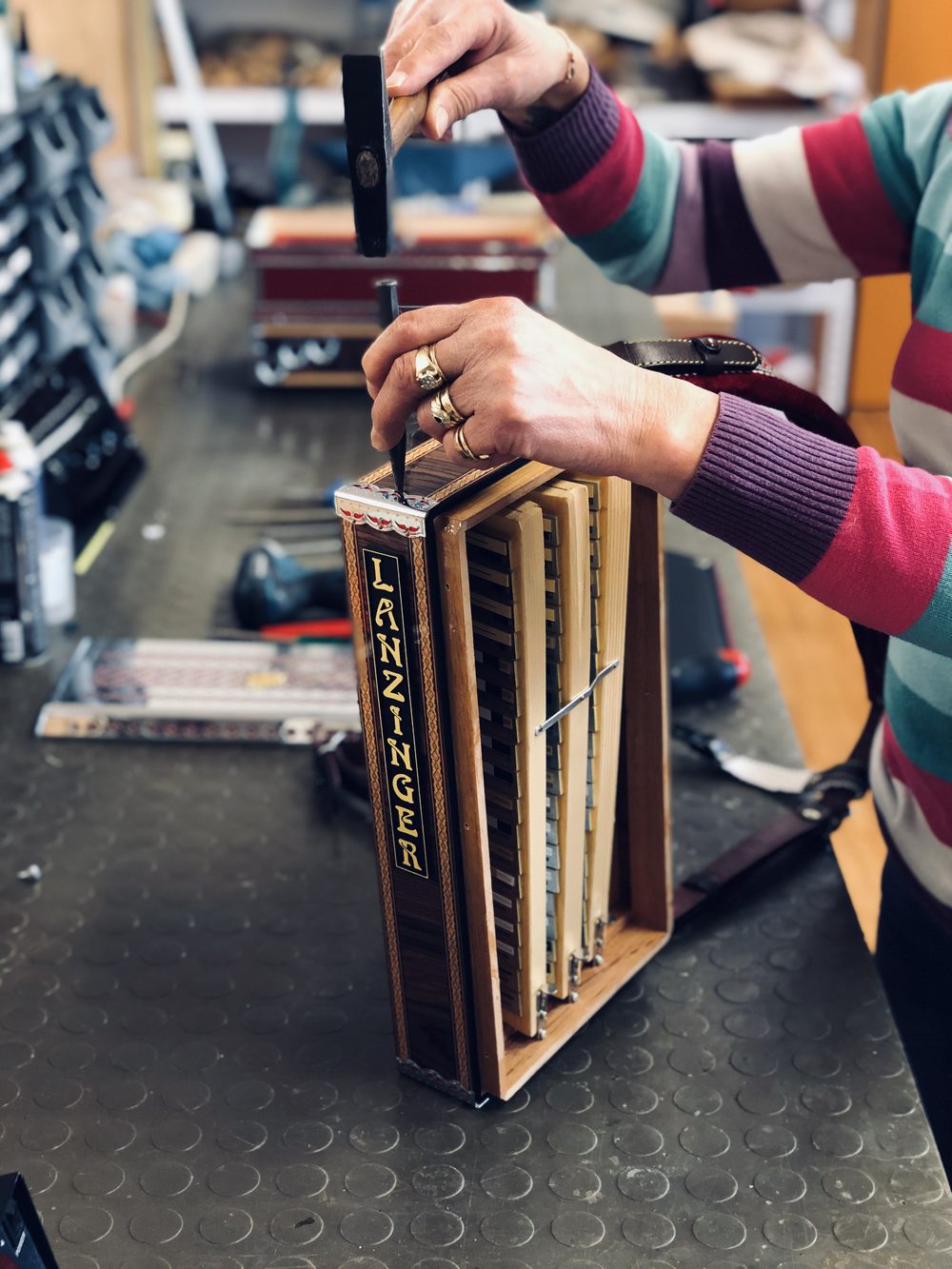 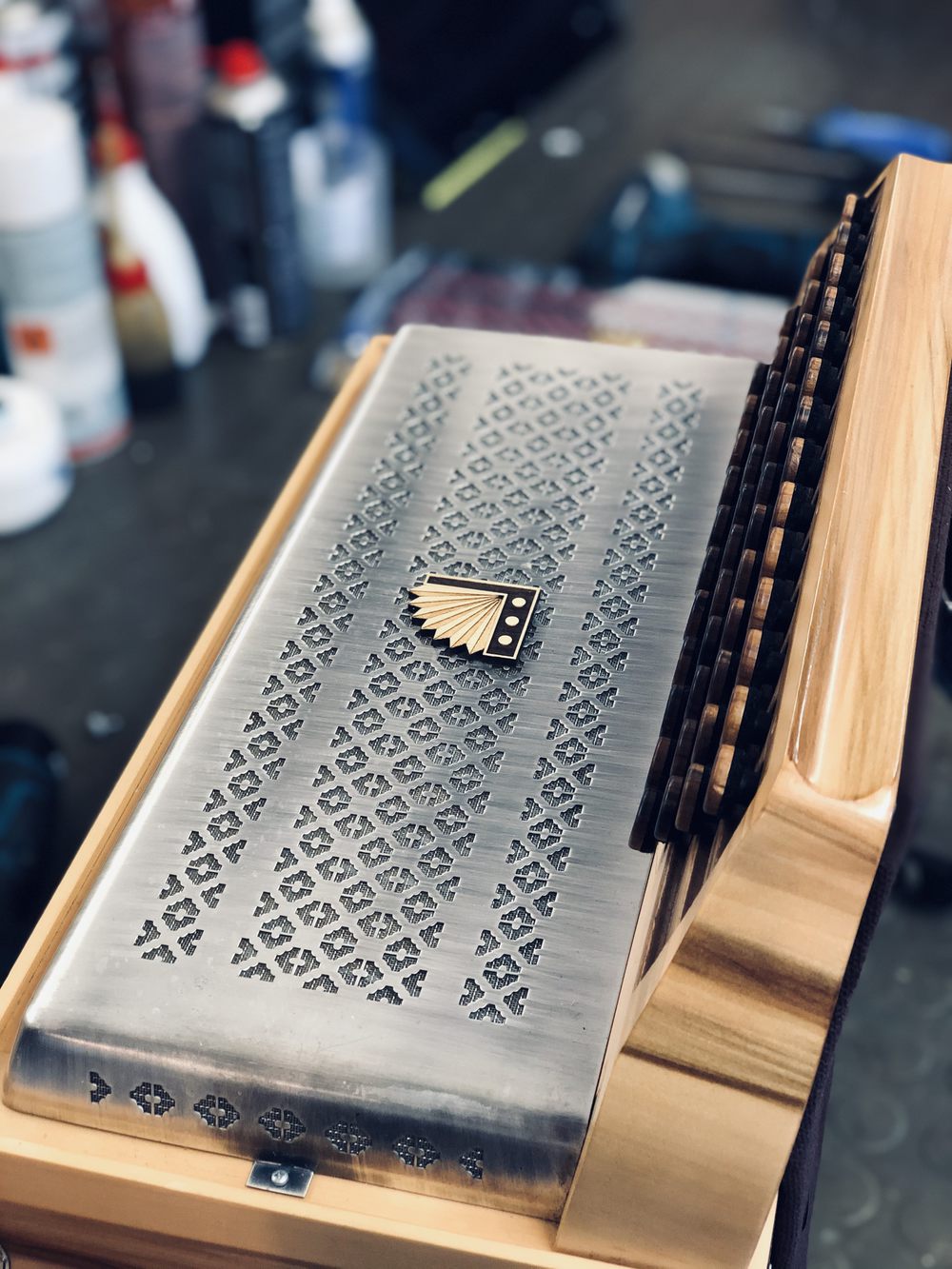 Since 20 years the musical instruments Lanzinger have been produced in the ski and mountaineering resort of Sesto in South Tyrol. Lanzinger harmonicas and accordions are well known in the music scene, both because of their exceptionally good workmanship and because of their impressive sound. 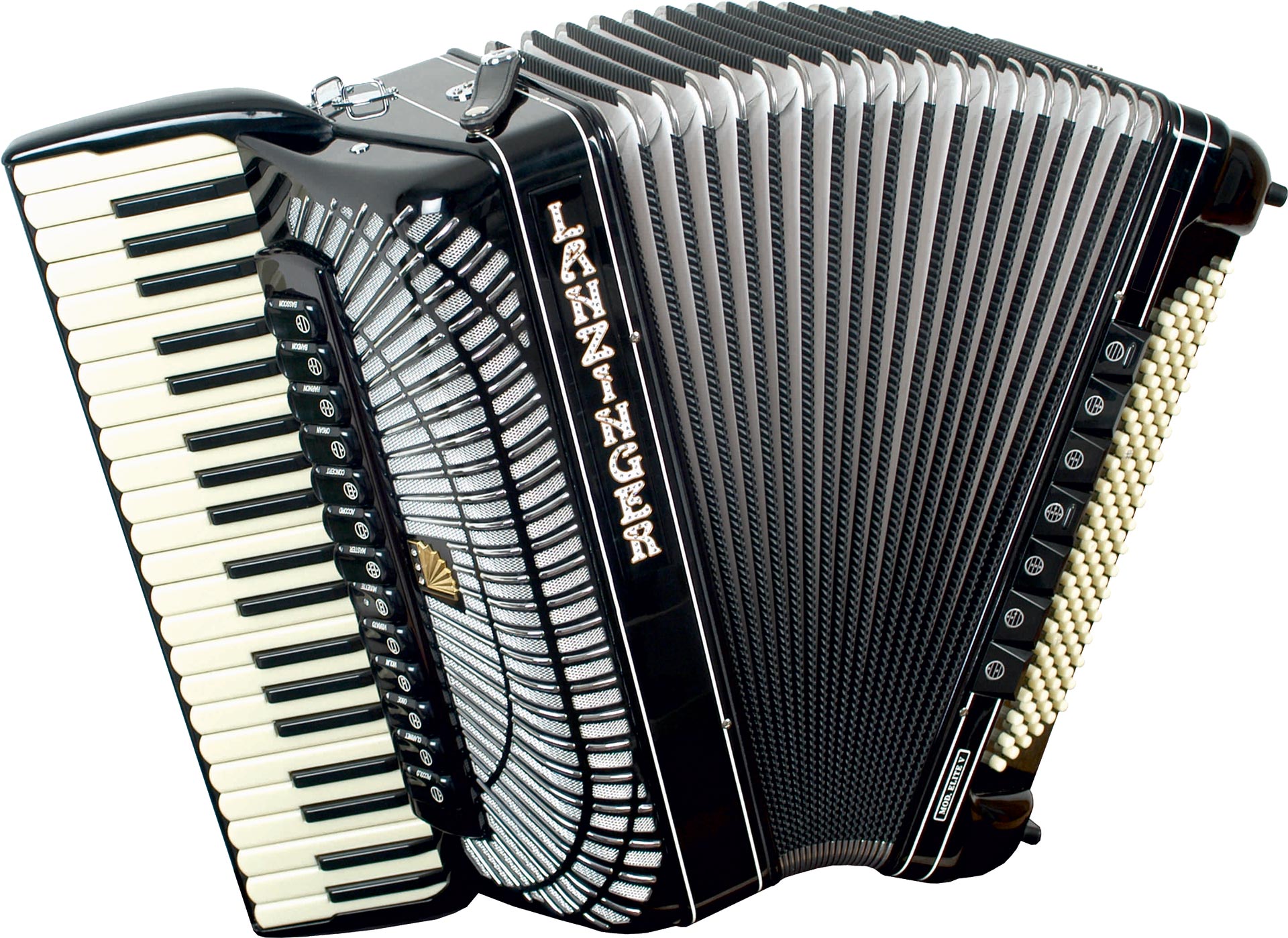 The tones of the accordion are generated by free-swinging, beating tongues – this not only produces single tones, but also chords, from which the name is derived.

The Styrian Harmonica is a diatonic, alternating hand-hold instrument with button keyboard. This type of accordion was invented in Vienna.

“Wanna play for us?”

We are looking forward to your request!
Come and visit us at our shop in Sesto and we’ll advise you.